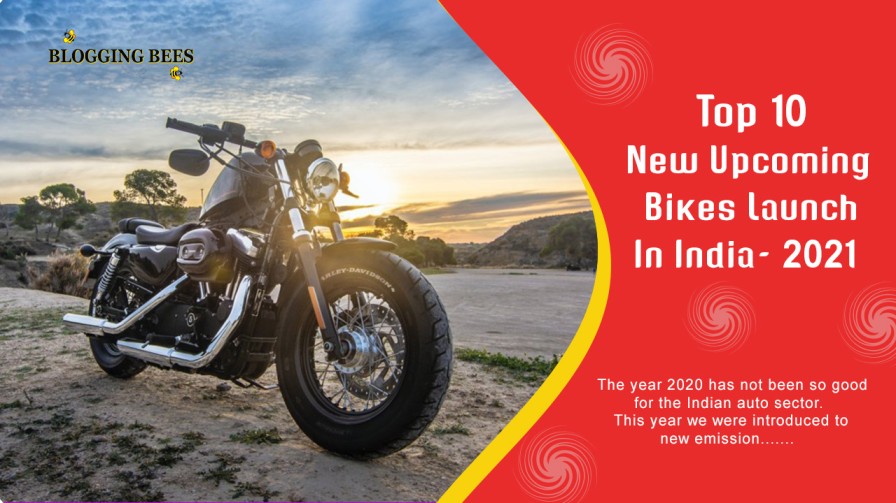 The year 2020 has not been so good for the New Upcoming Bikes in the Indian auto sector. This year we were introduced to new emission norms and because of BS6, many models were discontinued. On top of that because of the pandemic, many new upcoming bike launch events were also delayed. The biggest shock for us was Indian auto giant Harley Davidson decided to quit the Indian market.

However, we all are now hoping the year 2021 will bring us some relief as well as some new exciting changes in the Indian auto sector. We are expecting several new upcoming bike launches from the Indian auto industry. Here is the list for you containing the top 10 new upcoming bikes to be launched in the year 2021. So that you can plan to buy the best model out there.

Yamaha is a well-known brand for its crazy designs and daring performance. But Yamaha is not doing well nowadays because it has been following a similar type of design language. like Yamaha launched 2008’s FZ16 with some cosmetic changes under 2019’s MT15. This bores audiences. but Yamaha is now set to launch its game-changer bike Yamaha XSR 155. Yamaha XSR 155 is a new upcoming bike from Yamaha. Yamaha XSR 155 is a retro-styled bike based on MT15’s 155cc engine. Yamaha XSR 155 has much resemblance to Yamaha’s iconic and most popular bike RX100. Full round led headlamp, round tail lamp, Single piece seat, Full LCD digital speedometer are some of the features of this bike.

Aprilia made its name in the Indian market through only scooters. now Aprilia wants to increase its portfolio. Aprilia will launch its new upcoming bike Aprilia RS150 in the year 2021. Aprilia RS150 is a supersport bike in Yamaha’s r15 segment. Aprilia RS150 is totally inspired by a popular model from European markets Aprilia RS125. Aprilia RS150 will have a 150cc engine with 6 speed quick shifted transmission and upside down console speedometer. Aprilia RS150 is equipped with a fully led lighting setup and dual-channel abs.

Japanese auto giant Honda has already given hits one after another. Honda understood Indian audiences like no other. That’s why after Activa, CBR, and Honda’s other hits company decided to launch Honda highness 400cc to continue its legacy. Honda’s new upcoming bike will be expanding its Big Wing dealership with Highness 400cc. Honda said to launch a 3-4 bike soon under Big Wing. Honda highness 400cc will have a 400cc engine, selectable torque control, dual-channel abs, and a Honda smartphone voice control system.

This model was discontinued after new emission norms and its upgraded version launch delayed because of the pandemic. now Honda is set to launch Honda CB300R in the year 2021. Honda CB300R is a cafe racer bike equipped with a 286cc engine that produces 30bhp power and a 27.5NM torque figure. Honda CB300R will also have a dual disc, dual-channel abs, and fully digital instrument cluster. Honda CB300R will have color options black and red. Other remaining changes will be confirmed at its launch.

Also Read- Most Expensive Cars From All Over The World

I hope this information will be helpful for you. Feel free to share your thoughts on this in the comment section below. We will be making such useful/helpful content for you. So don’t forget to check again later.

7 Most Reliable Smartphone Brands In India