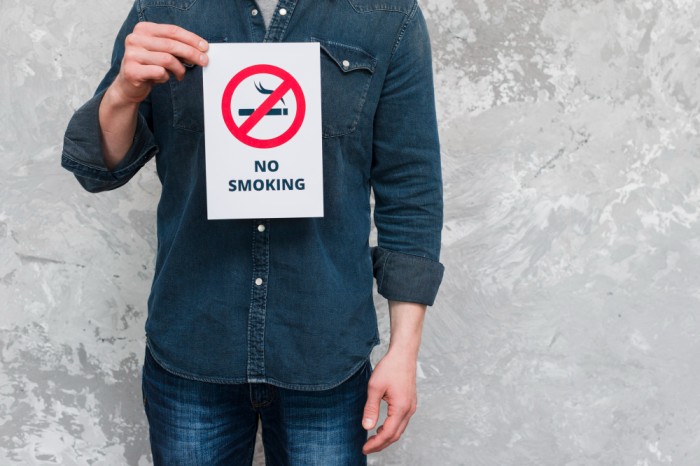 As everyone knows the habit of Smoking cigarettes or Tobacco smoking is can harm their body. It nearly harms each & every organ of our body but for instantaneous pleasure, many people fall for the smoking habit. In today’s article, I am not going to discuss the good or bad side of cigarettes, but I am going to tell you how I am able to quit the habit of smoking with almost no to minimum withdrawal symptoms suffered. Trust me, it was not an easy journey as everyone says as it takes a lot of self-discipline, dedication & trust in yourself. But the results are extraordinary & very helpful for you & your health, so without a further delay let’s get into it!

A few years back, I used to smoke 4 packets per day due to work & other circumstances. Soon I realized more than a situation it was an urge that my mind & my habits were trying to impose on me. I was just the slave of mind who was following his orders without asking a question. This realization raised a conflict in my mind & I decided to quit the smoking habit. I tried to quit smoking instantaneously, but I drastically failed in it. Thus, I have formulated a simple method to reduce the consumption of cigarettes strategically, continuously & periodically. Before jumping to the method, I would like to share my analysis of my smoking habit with you.

Self-analysis Of My Smoking Habit:

This was usually satisfied after the first 2 puffs (number of breaths) of the cigarette. Post the two mandatory puffs, I used to just smoke the entire cigarette for the heck of it to finish it off, especially if I was in the company of a fellow smoker.

After the mandatory puffs, stop smoking immediately to prevent consuming the rest of the cigarette, which was almost 90% of the total cigarette.

In the next 2 weeks, I was able to reduce my cigarette consumption from 1 packet per day to 1 packet per week.

The same method helped me to reduce the consumption of cigarettes from 1 packet per week to 1 packet per month.

Slowly but steadily in 6 months, I smoked only 1 packet which was a big surprise for me. This was the time I realized the importance of self-discipline as well as the importance of compounding. Following this simple method had helped me a lot in long run to reduce the number of smoking cigarettes.

(In this phase, I almost smoked the same cigarette for almost a week 😂😂😂 by the extinguish & reignite method. The frequency of my nicotine urges reduced)

Gradually, I tried to avoid the urge to smoking which was a bit painful & irritating situation, but I consciously reminded myself about my goal & why it is important for me. Eventually, it resulted in almost 1 packet of cigarettes in that year. It was the year when I smoked very rarely & tried to avoid smoking consciously.

Now by this time, I started to feel my body rejecting the chemicals in tobacco as I started to get bad headaches after each smoke session.

It took me another year to quit smoking permanently, & the best thing was there were no “WITHDRAWAL” symptoms.

It was the time of my greatest joy/happiness because it took a very long time for me, but I have concurred my biggest bad habit rather I would like to say my biggest enemy.

It’s a logical way to wean yourself away slowly from smoking, which is long-lasting. Virtually zero withdrawal symptoms suffered.

Remember, cigarette manufacturers, invest millions of dollars to set up research departments. These study the exact cocktail of chemicals required to keep you addicted so that you are a recurring customer for them. The manufacturers consistently conduct research on the voluntary populace & even on animals to make sure about their end purpose which is to keep you addicted & generate recurring revenue from you.

Thus, it is quite unrealistic to assume that you can quit the habit of smoking on the very next day of deciding to quit. It takes time and an intelligent hack to achieve this.

This method worked for me; I hope it might work for you too!!!

Debunking The Misconceptions Of The Beauty